Elie Wiesel: Dead Stars, Dead Eyes
"In this powerful program narrated by William Hurt, Elie Wiesel shares his innermost beliefs as he talks about his commitment to Holocaust awareness, his ongoing fight against anti-Semitism, and his tireless efforts to help the weak. From his birthplace in the town of Sighet and back again via Auschwitz, postwar Paris, Jerusalem, and New York City, the iconic humanitarian talks about the things that matter most to him: family, Judaism, human rights, and, most of all, the duty to remember. Footage of Wiesel at Boston University captures the Nobel Laureate in a teaching moment, while passages from his acclaimed memoir Night, read by Hurt, articulate the surreal horror of living in a death camp."

Memory After Belsen: The Future of Holocaust Memory
"This video is a feature-length documentary that explores the lives and memories of the children, grandchildren and great-grandchildren of Holocaust survivors. The film investigates the changes occurring with and the many dimensions of Holocaust memory through the generations – weaving together a visual tapestry of people whose family histories position them as stewards of Holocaust remembrance. It poses difficult questions about the transmission of the memory of the Holocaust through the generations, including how the survivor generation has impacted the 2nd generation and what is the memory work of ensuing generations."

Peter Eisenman: Building Germany's Holocaust Memorial
"This documentation chronicles Peter Eisenman's creation of a major public sculpture in the center of Berlin, a soccer-field sized space filled with 2711 concrete stele. The stele are of varying heights, tipping to the left and right on a shifting, undulating ground, reminiscent of a wheat field tossed by strong winds. Access to the field is through a grid of narrow walkways barely 3 feet wide, just enough for one person to pass through. In the beginning sculptor Richard Serra was Eisenman's design partner, but he left the project when it became clear that many compromises would have to be made on the way to the realization...."  (Kanopy)

Song of Life
"This documentary follows the Israeli Philharmonia Singers choir on a tour to Poland where they perform at the ceremony commemorating 60 years since the liberation of the Auschwitz concentration camp. During the rehearsal in Tel Aviv, they sing the famous requiem by Verdi. 76 year-old Greta Klinsberg, who has just joined the choir, sang this requiem 62 years before, as a child in the ghetto of Terezienstadt. Then she was sent to Auschwitz with her sister, who was murdered there. Greta's story is gradually revealed in the films, which includes rare black-and-white footage shot in the ghetto."

Spark Among the Ashes
"'Jews of Cracow Await US Bar Mitzvah Boy,' read the New York Times headline, as Eric Strom, a 13-year-old Connecticut boy, stood at the center of a complex human drama that attracted world-wide attention. Cracow’s handful of Jews, survivors of one of the largest Jewish communities prior to World War II, were eager to participate in the first bar mitzvah in their synagogues since the War.In following the emotional journey of Eric and his family to Poland, the filmmakers capture a riveting story: a woman rabbi faces a storm of controversy over religious traditions and modernity; a holocaust-devastated Jewish community reflects on its past, present and future; a boy comes of age."

Unknown Soldier
"The crimes against humanity committed by the Nazi regime are often thought of as the work of the Waffen SS and Gestapo, under the direction of leader like Himmler, Eichmann and, ultimately, Hitler. The 'ordinary' German soldier is usually seen as a noble pawn—until now. In this astonishing, searing and vitally important documentary, Michael Verhoeven, director of the Oscar–nominated The Nasty Girl, unearths the long-buried truth—while simultaneously showing modern Germany in the throes of an identity crisis. Unknown Soldier documents Germany’s controversial Wehrmacht Exhibition, which for the first time ever revealed the personal letters, photographs and film footage implicating the common foot soldier in horrific acts. While nationalist and far right groups led street protests against it, saying the 'evidence' damning their fathers and grandfathers had been falsified; Verhoeven interviewed historians and experts, soldiers and eyewitnesses, and traveled to the killing fields of the Eastern Front. The result is both an invaluable document and a revealing look at an insecure nation, still reconciling its proud history with a unique and horrible wartime legacy."

When Memory Comes: A Film About Saul Friedlander
"...is a visually arresting documentary that interweaves leading Holocaust historian Saul Friedlander's personal story of survival with an introduction to his work and thought. Originally a political scientist, Friedlander avoided writing about the Holocaust until an exchange of letters with German historian Martin Broszat, during the 1980s. Broszat believed that victims are unable to write the history of the period in which they were victimized, because they are not objective enough. For Friedlander, subjectivity and personal interest in stories as not being a problem for historians-as long as they are clear on where they stand. 'There is a Jewish dimension to this history, and Jews can deal with it as objectively as anyone else,' he says in the film. Historians should 'accept subjectivity and even use it... very clearly and very explicitly." 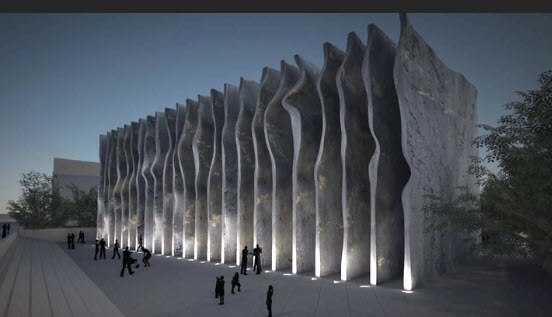