Anne Frank Remembered
"Combining personal testimony, never-before-seen photos, previously undiscovered family letters and rare archive footage (including the only known moving footage of Anne herself) with evocative contemporary film, Anne  Frank Remembered  documents the history of the Frank family focusing on the spiritual girl whose Diary of her two years in hiding in her father's office building during World War II in Amsterdam, has sold over 25 million copies in 54 languages since it was first published in 1947...."

Final Days of Anne Frank
"...it is  the story of Anne Frank and the seven people arrested with her during the Holocaust. This is a hard-edged and compelling take on the well-known story of the German Jewish schoolgirl whose diary about hiding from Nazis in a secret annex for two years during World War II, became one of the world’s most widely read books...."

Just a Link
"This documentary, by director Frederic Dumont, is about the women of the Belgian Jewish Defense Committee who saved thousands of children during the Nazi occupation of Belgium."

Otto Frank, Father of Anne
"After returning from Auschwitz, Otto Frank is confronted with Anne's diary. The film tells the story of what he went through, how the loss of his family scarred his life, how he dealt with the dilemmas that the publication of the diary brought upon him and how he made a memorial of his daughters legacy and became the father-figure for thousands of young readers worldwide." 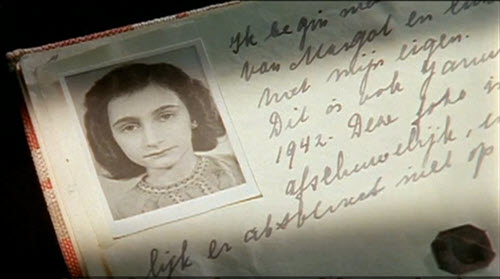