Brick by Brick: A Civil Rights Story
"...shows that segregation has been as virulent and persistent in the North as in the South and that it too has resulted from deliberate public policies based in deep-rooted racial prejudice. The film uses the bitter struggle over equal housing rights in Yonkers, New York during the1980s to show the 'massive resistance' the Civil Rights Movement confronted when it moved north. Brick by Brick is not only a brilliant legal history of one of the most important cases in civil rights law, it narrates through the passionate experiences of Yonkers residents on both sides of the issue..."

Hoxie: The First Stand
"Documents the first battle to implement the Brown vs. Board of Education school desegregation decision fought in the small, rural town of Hoxie, Arkansas."

The Intolerable Burden
"In the autumn of 1965, sharecroppers Mae Bertha and Matthew Carter enrolled the youngest eight of their thirteen children in the public schools of Drew, Mississippi. Their decision to send the children to the formerly all white schools was in response to a 'freedom of choice' plan. The plan was designed by the Drew school board to place the district in compliance with the provisions of the Civil Rights Act of 1964, essential since without compliance, the district would no longer be eligible for financial support from the Federal government. Given the prevailing attitudes, Blacks were not expected to choose white schools. This proved true for all but the Carters..."

The New Neighbors,
"...narrated by Ruby Dee, tells the inspiring story of two ordinary people, one black and one white, who have successfully

The Road to Brown
"...tells the story of the Brown v. Board of Education ruling as the culmination of a brilliant legal assault on segregation that launched the Civil Rights movement. It is also a moving and long overdue tribute to a visionary but little known black lawyer, Charles Hamilton Houston...."

Sold Down the River
"When white men fell out in 1861, Black Americans gained a measure of freedom. But by 1915, 50 years after the end of the Civil War, blacks in the Southern States could neither vote nor sit on juries. They were segregated and locked into a system of sharecropping that differed little, in practice, from slavery. This of white supremacy could not have happened without the North's tacit approval, but how did it happen and why?"

The Strange Demise of Jim Crow.
"Not all the civil rights victories of the '60s were won at the cost of vicious beatings and mass arrests played-out in front of television cameras. The Strange Demise of Jim Crow reveals for the first time on film how many Southern cities were desegregated in a quieter, almost stealthy fashion with behind-the-scenes negotiations, secret deals and controversial news black-outs. It makes visible a fascinating case-study of how urban power is really wielded..." 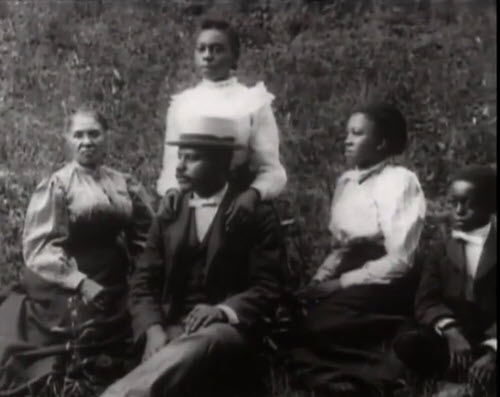