For My People: The Life and Writing of Margaret Walker
"...gives the long-overdue recognition to one of the seminal figures of American literature. Margaret Walker has been described by scholar Jerry Ward as 'a national treasure' and by Nikki Giovanni as the 'most famous person nobody knows.. Her signature poem, For My People, written when she was 22, set a tone and a level of commitment which African American literat'ure has been responding to ever since."

Hughes' Dream Harlem
"Langston Hughes was one of the most prominent figures of the Harlem Renaissance and is often referred to as Harlem's poet laureate. This film shows how Hughes successfully fused jazz, blues and common speech to celebrate the beauty of Black life. Hughes' Dream Harlem presents a vision of the esteemed poet in present-day Harlem and makes an important case for Hughes' impact on hip-hop and the spoken-word community. This multi-layered documentary includes roundtable discussions of his contributions and a tour of Hughes' Harlem hang-outs..."

In Black and White: Six Profiles of African American Authors; "This is the first video series devoted to the life and work of contemporary African American authors. It introduces students and general readers to six of America's most talented and challenging writers:

James Baldwin: The Price of the Ticket
"James Baldwin was at once a major 20th-century American author, a civil rights activist, and a prophetic voice calling Americans, black and white both, to confront their shared racial tragedy. This film biography of Baldwin’s life captures the passion of his beliefs with stirring excerpts from his novels and striking archival footage dating from the Harlem Renaissance through to the author’s commentary on civil rights to his writing retreats in Istanbul and Europe. Maya Angelou, Amiri Baraka, Ishmael Reed, and William Styron provide insight as the program skillfully links excerpts from Baldwin’s major works to different historical stages in black-white dialogue."

The Revival: Black Lesbian Poets and Feminist Thinkers
This documentary chronicles the US tour of a group of Black lesbian poets and musicians, who become present-day stewards of a historical movement to build community among queer women of color. Their journey to strengthen their community is enriched by insightful interviews with leading Black feminist thinkers and historians...."  (Kanopy)

Ralph Ellison: An American Journey
"An introduction to the complex author of Invisible Man including the first-ever dramatized scenes from that book."

Zora Neale Hurston: Jump at the Sea
"Zora Neale Hurston, path-breaking novelist, pioneering anthropologist and one of the first black women to enter the American literary canon (Their Eyes Were Watching God), established the African American vernacular as one of the most vital, inventive voices in American literature. This definitive film biography, eighteen years in the making, portrays Zora in all her complexity: gifted, flamboyant, and controversial but always fiercely original.Zora Neale Hurston: Jump at the Sun intersperses insights from leading scholars and rare footage of the rural South (some of it shot by Zora herself) with re-enactments of a revealing 1943 radio interview. Hurston biographer, Cheryl Wall, traces Zora's unique artistic vision back to her childhood in Eatonville, Florida, the first all-black incorporated town in the U.S...." 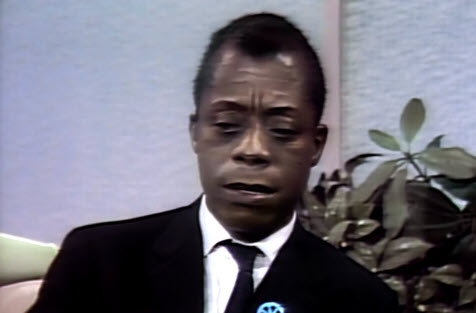 (I Am Not Your Negro)