Freedom Bags
"...is the story of African-American women who migrated from the rural south during the first three decades of the 20th century. Hoping to escape from the racism and poverty of the post-Civil War South, they boarded segregated trains for an uncertain future up North. Having had limited education, most could find jobs only as house workers. With spirit and humor, the women remember their tactics for self preservation in the homes of their employers, where they often faced exploitation and sexual harassment. After hours they relished their independence and enjoyed good times with friends and family...."

Goin' to Chicago
"...chronicles one of the most momentous yet least heralded sagas of American history - the great migration of African Americans from the rural South to the cities of the North and West after World War II. Four million black people created a dynamic urban culture outside the South, changing America forever."

The Great Flood
"The Mississippi River Flood of 1927 was the most destructive river flood in American history. In the spring of 1927, the river broke out of its earthen embankments in 145 places and inundated 27,000 square miles. Part of its legacy was the forced exodus of displaced sharecroppers, who left plantation life and migrated to Northern cities, adapting to an industrial society with its own set of challenges." 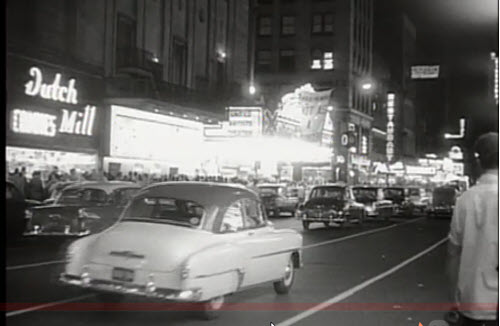