The New Black: LGBT Rights and African American Communities
"This award-winning documentary boldly examines the controversial and challenging issues facing African American communities on gay civil rights, campaigns for/against marriage equality and in particular the role of faith institutions. The film makes a compelling case that the fight for LGBT rights in Black communities is an extension of the Black Freedom Struggle..."

Out in the Night: Criminalization of Race, Gender Identity and Sexuality
"Under the neon lights in a gay-friendly neighborhood of New York City, four young African-American lesbians are violently and sexually threatened by a man on the street. They defend themselves against him and are charged and convicted in the courts and in the media as a 'Gang of Killer Lesbians'."

Portrait of Jason
"On the night of December 2, 1966, Clarke and a tiny crew convened in her apartment at the Hotel Chelsea to make a film. There, for twelve straight hours they filmed the one-and-only Jason Holliday as he spun tales, sang, donned costumes and reminisced about good times and bad behavior as a gay hustler, sometime houseboy and aspiring cabaret performer. The result is a mesmerizing portrait of a remarkable, charming and tortured man, who is by turns hilarious and heartbreaking."

The Same Difference: Gender Roles in the Black Lesbian Community
"A compelling documentary about lesbians who discriminate against other lesbians based on gender roles. Director Nneka Onuorah takes an in-depth look at the internalized hetero-normative gender roles that have become all too familiar within the African American lesbian and bisexual community...."  (Kanopy)

Tongues United
"...gives voice to communities of black gay men, presenting their cultures and perspectives on the world as they confront racism, homophobia, and marginalization. It broke new artistic ground by mixing poetry, music, performance and Riggs' autobiographical revelations. The film was embraced by black gay audiences for its authentic representation of style, and culture, as well its fierce response to oppression. It opened up opportunities for dialogue among and across communities..." (Kanopy)

Vintage: Families of Value
"...an experimental documentary which looks at three African American families through the eyes of lesbian and gay siblings--including the filmmaker and his younger brother. Three groups of queer siblings use video cameras to articulate the multiple stories that co-exist within the space of family, negotiating sexuality as a point of departure to explore these relationships...." 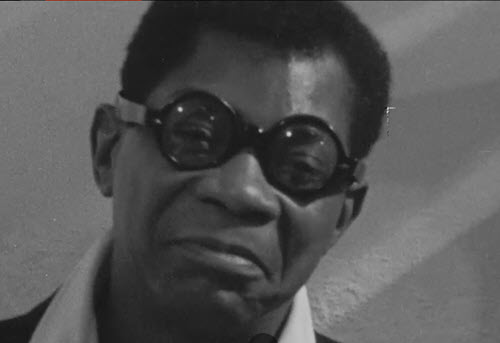