Crips and Bloods: Made in America
"With its unprecedented access into the worlds of active gangs, this film  offers a compelling, character-driven documentary narrative which chronicles the decades-long cycle of destruction and despair that defines modern gang culture. From the genesis of LA's gang culture to the shocking, war-zone reality of daily life in the South L.A., the film chronicles the rise of the Crips and Bloods, tracing the origins of their bloody four-decades long feud. Contemporary and former gang members offer their street-level testimony that provides the film with a stark portrait of modern-day gang life: the turf wars and territorialism, the inter-gang hierarchy and family structure, the rules of behavior, the culture of guns, death and dishonor...."

Racial Profiling and Law Enforcement: America in Black and White
"DWB: driving while black. For many African-Americans, simply having dark skin seems to be grounds for being pulled over on the highway and searched for drugs. Police call it 'profiling,' based on years of successful drug interdiction through traffic stops, but angry and humiliated victims call it 'racial profiling'—a blatant form of discrimination—and want it stopped. In part one of this program, ABC News anchor Ted Koppel and correspondent Michel McQueen investigate the issue from the victims’ points of view. In part two, Koppel and McQueen look at profiling through the eyes of the police, with special commentary by law professor and former O. J. Simpson prosecutor Christopher Darde." 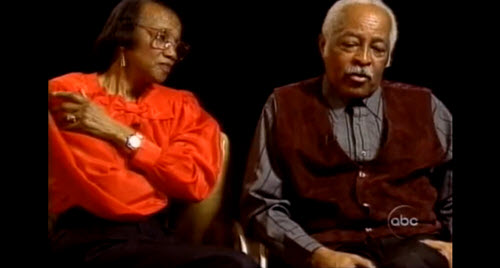 (Racial Profiling and Law Enforcement: America in Black and White)