Ida B. Wells: A Passion for Justice
"Documents the dramatic life and turbulent times of the pioneering African American journalist, activist, suffragist and anti-lynching crusader of the post-Reconstruction period."

The Legend: The Bessie Coleman Story
"In 1921, aviation pioneer Bessie Coleman arose from the poverty of the Texas cotton fields to capture the hearts of the black population of America."

The Life and Legend of Sojourner Truth
"As with many historic American figures of the 19th century, Sojourner Truth’s story is incomplete and somewhat mythical, a fact compounded by her having been born a slave. This detailed program traces the lifelong odyssey of a woman who literally walked out of bondage, changed her name in 1843, and traveled the country as an abolitionist and women’s rights advocate..."

Litany for Survival: The Life and Work of Audre Lord
"An epic portrait of the eloquent, award-winning Black, lesbian, poet, mother, teacher and activist, Audre Lorde, whose writings -- spanning five decades -- articulated some of the most important social and political visions of the century. From Lorde's childhood roots in NYC's Harlem to her battle with breast cancer, this moving film explores a life and a body of work that embodied the connections between the Civil Rights movement, the Women's movement, and the struggle for lesbian and gay rights..."

Marcus Garvey: Toward Black Nationhood
"This documentary examines the career of the pioneer black nationalist; it ranges from his birthplace in Jamaica to the United States, Europe, and Africa. Garvey (1887-1940) captured the imagination of black Americans during the 1920s with his impassioned call for an independent black nation. The program shows how Garvey’s legacy inspired the civil rights movement in the U.S. and liberation movements throughout the Third World."

Modern Marvels: George Washington Carver Tech
"He introduced the lowly peanut to big business and changed the course of Southern agriculture. He turned soybeans into plastic and carved his place in history as one of the 20th century's greatest scientists. George Washington Carver was a slave set free with a microscope and a vision: this is his story. "

Paul Robeson
"By 1940 Paul Robeson was the most recognized African-American in the world. Key events of his life, politics and career are presented. Robeson used his international acclaim to focus world-wide attention on racial injustices suffered by African-Americans in the 1930s, 40s and 50s. By 1950, Robeson's battle for freedom cost him his career. Footage of the legendary entertainer discussing his views, along with clips of his memorable Hollywood movie career are presented. A Morehouse College historian analyses Robeson's impact, and the turbulent times he lived in."

Ralph Bunche:: An American Odyssey
"This is the compelling story of Dr. Ralph Johnson Bunche (1903-1971), the legendary African-American scholar turned statesman, who was the first person of color to win the Nobel Peace Prize in 1950. The film reexamines the pioneering contributions Bunche made to international diplomacy, the decolonization of the world, peacekeeping, and human rights in pre-civil rights America...."

Two Dollars and a Dream
"This is a biography of Madame C.J. Walker, the child of slaves freed by the Civil War, who became America's first self-made millionairess. By interweaving social, economic and political history, it also offers a view of black America from 1867 to the 1930's. Mrs. Walker's fortune was built on skin and hair care products...."

Willa Beatrice Brown
"Willa Beatrice Brown, the first African- American woman in the U.S. to be a licensed pilot, earned her license in 1937. She and her husband, Cornelius Coffey, founded a fully accredited flying school at Harlem Airfield, near Chicago......" 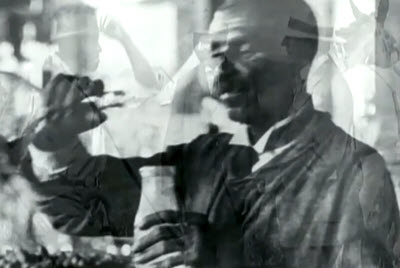