Black Ballerina
"...is a story of passion, heartbreak and triumph of the human spirit. Set in the overwhelmingly white world of classical dance, it tells the stories of amazingly talented black ballerinas from several generations who face racism, exclusion and unequal opportunity while pursuing their dreams to dance. Interviews are combined with stunning archival ballet footage and photography to explore how the challenges of the past still exist in the ethereal world of ballet today."

Black Theater: The Making of a Movement
"...documents the birth of a new theatre out of the Civil Rights activism of the 1950s, '60s and '70s. It is a veritable video encyclopedia of the leading figures, institutions and events of a movement that transformed the American stage. Amiri Baraka, Ossie Davis, James Earl Jones and Ntozake Shange describe their aspirations for a theatre serving the Black community. Excerpts of A Raisin in the Sun, Black Girl, Dutchman and For Colored Girls... reveal how these actors and playwrights laid the basis for the Black theater of the present."

Conversations with Roy DeCarava
"t starts before you snap the shutter... It starts with your sense of what's important.' These are the words of Roy DeCarava, one of the foremost photographic artists of the twentieth century, contributor to the Family of Man exhibit and the first black photographer to receive a Guggenheim Fellowship. These are the words of a man who focuses his lens, sensitivities and conscience on the life, tempo and sensibilities of black people and the contemporary urban environment...."

A New Color
"Edythe Boone whose colorful murals portray some of the major events of our time and illustrate the transformative power of art. Long before Black Lives Matter became a rallying cry, septuagenarian Boone embodied that truth as an accomplished artist and educator. From humble Harlem roots, the indefatigable Boone pursued her love of art and her dream of someday creating a new color – "a color that no one had ever seen before." Boone moved her family to Berkeley in the 1970’s from Harlem to avoid the growing crack epidemic. In the Bay Area, she was drawn to community mural projects that channeled her artistic talent into public advocacy for racial and social justice, including the landmark MaestraPeace mural on the San Francisco Women’s Building. Boone has made community murals her primary vehicle for helping people of all ages and ethnicities find their artistic voice and express their hopes and visions..."

The Negro Theater Company
"The Negro Ensemble Company was founded in 1967 by actor/playwright Douglas Turner Ward, actor Robert Hooks, and theater manager Gerald Krone, with the stated goal of creating 'a Theater of Excellence concentrating primarily on themes of black life.' By producing consistently imaginative and challenging plays, the NEC has nurtured some of the finest theatrical talent in America and has created an enduring body of black theater literature...."

The Passionate Pursuits of Angela Bowen: An African American Artist and Activist
"Award-winning filmmaker Jennifer Abod provides a window into the life of Angela Bowen, a woman who grew up in inner city Boston during the Jim Crow era and went on to become a classical ballerina, legendary dance teacher, black lesbian feminist activist organizer, writer and professor...."  (Kanopy)

The Spirit of the Individual
"This video introduces us to fiber artists Michael Cummings, and Peggy Hartwell. Their dazzling creations bridge the gap between folk art and fine art. Each shows how their art is in the African American folk tradition, incorporating storytelling, spirituality, a sense of origins, and of course, brilliant color...:" 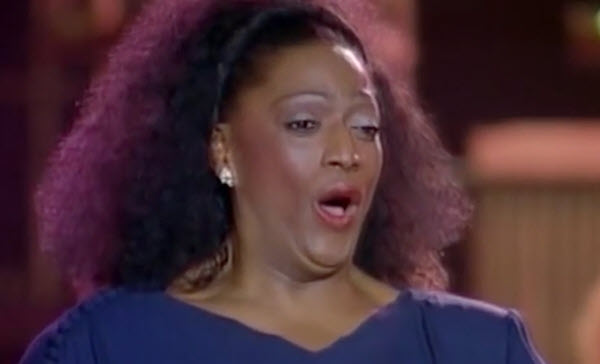