The Exterminating Angel
"A group of high-society friends are invited to a mansion for dinner and inexplicably find themselves unable to leave in Luis Bunuel's daring masterpiece."

Viridiana
"Banned in Spain and denounced by the Vatican, Luis Bunuel's irreverent vision of life as a beggar's banquet is regarded by many as his masterpiece. In it, novice nun Viridiana does her utmost to maintain her Catholic principles, but her lecherous uncle and a motley assemblage of paupers force her to confront the limits of her idealism." 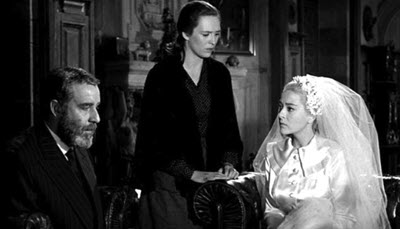