Rashomon
"This riveting psychological thriller that investigates the nature of truth and the meaning of justice is widely considered one of the greatest films ever made."

Seven Samurai
"One of the most thrilling movie epics of all time,  Seven Samurai tells the story of a sixteenth-century village whose desperate inhabitants hire the eponymous warriors to protect them from invading bandits."

Tampopo
"The tale of an eccentric band of culinary ronin who guide the widow of a noodle-shop owner on her quest for the perfect recipe, this rapturous 'ramen western' by Japanese director Juzo Itami is an entertaining, genre-bending adventure underpinned by a deft satire of the way social conventions distort the most natural of human urges, our appetites."

Tokyo Story
"A profoundly stirring evocation of elemental humanity and universal heartbreak, Tokyo Story  is the crowning achievement of the unparalleled Yasujiro Ozu."

Woman in the Dunes
"One of the sixties' great international art-house sensations, this film was for many the grand unveiling of the surreal, idiosyncratic worldview of Hiroshi Teshigahara." 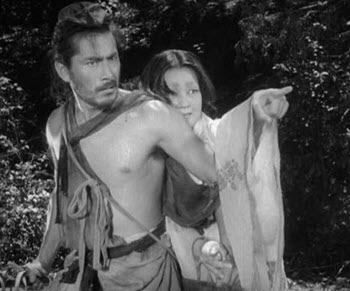