12:08 East Of Bucharest
"It's the 22nd of December. Sixteen years have passed since the revolution, and in a small town Christmas is about to come.,."

Closely Watched Trains
"At a village railway station in occupied Czechoslovakia, a bumbling dispatcher's apprentice (Vaclav Neckar) longs to liberate himself from his virginity. Oblivious to the war and the resistance that surrounds him, this young man embarks on a journey of sexual awakening and self-discovery, encountering a universe of frustration, eroticism, and adventure within his sleepy backwater depot."

Kanal
"'Watch them closely, for these are the last hours of their lives,' announces a narrator, foretelling the tragedy that unfolds as a war-ravaged company of Home Army resistance fighters tries to escape the Nazi onslaught through the sewers of Warsaw. Determined to survive, the men and women slog through the hellish labyrinth, piercing the darkness with the strength of their individual spirits.

Knife in the Water
"Roman Polanski's first feature is a brilliant psychological thriller that many critics still consider among his greatest work. "

Solaris
"Ground control has been receiving mysterious transmissions from the three remaining residents of the Solaris space station. When cosmonaut and psychologist Kris Kelvin is dispatched to investigate, he experiences the same strange phenomena that afflict the Solaris crew, sending him on a voyage into the darkest recesses of his consciousness." 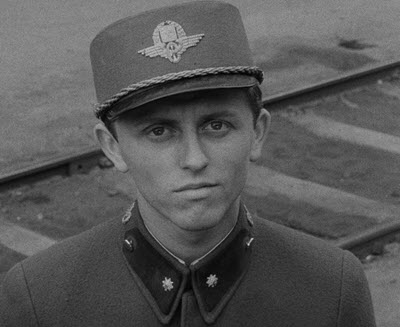