Barbara
"East Germany, 1980. Barbara Wolff is a young doctor who has applied for an exit visa from the GDR and, as punishment, has been transferred from her prestigious post in Berlin to a small pediatric hospital in the country. She must weigh her absolute dedication to her patients against a potential escape to the West, and her newfound attraction to a doctor in whom she sees a kindred spirit."

The Bitter Tears of Petra Von Kant
"A fashion designer who treats her personal assistant like a slave falls in love with a woman who does not love her in return."

The Bridge
"Bernhard Wicki's astonishing film was the first major antiwar film to come out of Germany after World War II, as well as the nation's first postwar film to be widely shown internationally, even securing an Oscar nomination (Best Foreign Language Film)."

Goodbye, Lenin
"October, 1989 was a bad time to fall into a coma if you lived in East Germany - and this is precisely what happens to Alex's proudly socialist mother. Alex has big problems on his hands when she suddenly awakens eight months later. Her heart is so weak that any shock might kill her. And what could be more shocking than the fall of the Berlin Wall and the triumph of capitalism in her beloved East Germany?.."

The Lives of Others
"This critically-acclaimed, Oscar-winning film (Best Foreign Language Film, 2006) is the erotic, emotionally-charged experience Lisa Schwarzbaum (Entertainment Weekly) calls 'a nail-biter of a thriller!' Before the collapse of the Berlin Wall, East Germany's population was closely monitored by the State Secret Police (Stasi). Only a few citizens above suspicion, like renowned pro-Socialist playwright Georg Dreyman, were permitted to lead private lives. But when a corrupt government official falls for Georg's stunning actress-girlfriend, Christa, an ambitious Stasi policeman is ordered to bug the writer's apartment to gain incriminating evidence against the rival. Now, what the officer discovers is about to dramatically change their lives - as well as his - in this seductive political thriller Peter Travers (Rolling Stone) proclaims is 'the best kind of movie: one you can't get out of your head.'"

M
"In his harrowing masterwork, Fritz Lang merges trenchant social commentary with chilling suspense, creating a panorama of private madness and public hysteria that to this day remains the blueprint for the psychological thriller."

The Threepenny Opera
"The sly melodies of composer Kurt Weill and the daring of dramatist Bertolt Brecht come together on-screen under the direction of German auteur G. W. Pabst in this classic adaptation of the Weimar-era theatrical sensation."

The Tin Drum
"Oskar is born in Germany in 1924 with an advanced intellect. Repulsed by the hypocrisy of adults and the irresponsibility of society, he refuses to grow older after his third birthday. While the chaotic world around him careers toward the madness and folly of World War II, Oskar pounds incessantly on his beloved tin drum and perfects his uncannily piercing shrieks."

Veronika Voss
"Once-beloved Third Reich-era starlet Veronika Voss (Rosel Zech) lives in obscurity in postwar Munich. Struggling for survival and haunted by past glories, the forgotten star encounters sportswriter Robert Krohn (Hilmar Thate) in a rain-swept park and intrigues him with her mysterious beauty. As their unlikely relationship develops, Krohn comes to discover the dark secrets behind the faded actresses' demise."

Wings of Desire
"One of cinema's loveliest city symphonies. Bruno Ganz is Damiel, an angel perched atop buildings high over Berlin who can hear the thoughts--fears, hopes, dreams--of all the people living below. But when he falls in love with a beautiful trapeze artist, he is willing to give up his immortality and come back to earth to be with her." 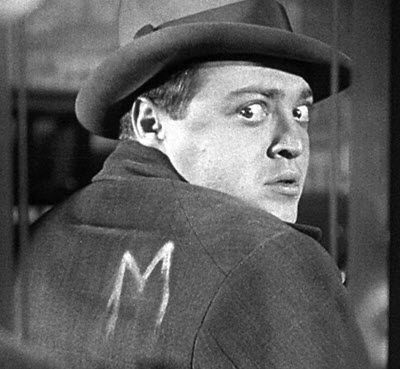