Beauty and the Beast
"Jean Cocteau's sublime adaptation of Mme. Leprince de Beaumont's fairy-tale masterpiece--in which the pure love of a beautiful girl melts the heart of a feral but gentle beast--is a landmark of motion picture fantasy, with unforgettably romantic performances by Jean Marais and Josette Day. "

Breathless
"There was before Breathless, and there was after Breathless. Jean-Luc Godard burst onto the film scene in 1960 with this jazzy, free-form, and sexy homage to the American film genres that inspired him as a writer for Cahiers du cinema."

Children of Paradise
"With sensitivity and dramatic elan, director Marcel Carne and screenwriter Jacques Prevert resurrect a world teeming with hucksters and aristocrats, thieves and courtesans, pimps and seers."

Jules and Jim
"Hailed as one of the finest films ever made, Jules and Jim charts, over twenty-five years, the relationship between two friends and the object of their mutual obsession."

Last Year at Marienbad
"This French New-Wave classic features stunning imagery, while deliberately avoiding conventional plot and character development. In a vast and opulent hotel, an unnamed man attempts to persuade a similarly unnamed married woman that they have not only met before, but that they were also romantically involved and had planned to elope together."

Lola Montès
"Max Ophuls delivers a visually ravishing, narratively daring dramatization of the life of the notorious courtesan and showgirl, played by Martine Carol. With his customary cinematographic flourish and, for the first time, vibrant color, Ophuls charts the course of Montes's scandalous past through the invocations of the bombastic ringmaster (Peter Ustinov) of the American circus where she has ended up performing."

Monsieur Hulot's Holiday
"Monsieur Hulot, Jacques Tati's endearing clown, takes a holiday at a seaside resort, where his presence provokes one catastrophe after another."

The Rules of the Game
"..considered by many to be one of the greatest films ever made, is a scathing critique of corrupt French society disguised as a comedy of manners. Taking place over a weekend at a marquis' country chateau, Jean Renoir's classic film lays bare some ugly truths about a group of haute bourgeois acquaintances." 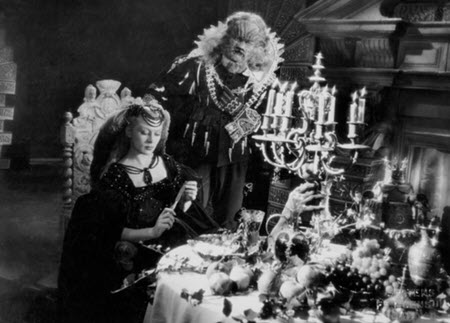 (Josette Day and Jean Marais in Beauty and the Beast)