Being John Malkovich
"A frustrated puppeteer gains access to John Malkovich's brain via a small portal in his office. Later, a weird love triangle forms when he and his wife both have affairs with one of his coworkers while inhabiting Malkovich's body."

A Clockwork Orange
"A teen is jailed for murder and agrees to go into a behavior-modification program that works, leaving him helpless against his former victims."

The Devil and Daniel Webster
"Jabez Stone (James Craig) is a hard-working farmer trying to make an honest living, but a streak of bad luck tempts him to do the unthinkable: bargain with the Devil himself... "

Edward Scissorhands
"A fantastic modern day suburban fairy tale. Edward's unconventional charm is soon discovered as he styles hair, gardens and grooms dogs with the shears of metal where his fingers should have been."

The Fantastic Mr. Fox
"Based on the beloved story by Roald Dahl, the film tells the tale of the noble, charming and fantastic Mr. Fox who uses his wits and cunning to outfox three dimwitted farmers who tire of sharing their chickens with the crafty creature."

Groundhog Day
"An obnoxious weatherman finds himself reliving the same 24-hour period over and over."

Her
"A lonely writer falls for his computer's operating system, which has the voice of a woman and the ability to grow and learn. Meanwhile, he struggles with a difficult divorce from his childhood sweetheart."

Idiocracy
"Writer-director Mike Judge's unique brand of humor examines an average guy who volunteers to be the subject of a hibernation experiment that goes awry. He wakes up 500 years in the future, discovering that he's the smartest guy on the planet."

Isle of Dogs
"...tells the story of Atari Kobayashi, 12-year-old ward to corrupt Mayor Kobayashi. When, by Executive Decree, all the canine pets of Megasaki City are exiled to a vast garbage-dump called Trash Island, Atari sets off alone in a miniature Junior-Turbo Prop and flies across the river in search of his bodyguard-dog, Spots..."

The Princess Bride
."The story is a classic tale of love and adventure as the beautiful Buttercup is kidnapped and held against her will in order to marry the odious Prince Humperdinck, and Westley (her childhood beau, now returned as the Dread Pirate Roberts) attempts to save her..."

The Shape of Water
"An other-worldly story, set against the backdrop of Cold War era America circa 1963." 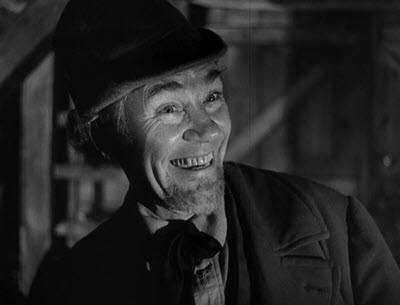 (Walter Huston in The Devil and Daniel Webster)