12 Years A Slave
"Based on an incredible true story of one man's fight for survival and freedom. In the pre-Civil War United States, Solomon Northup (Chiwetel Ejiofor), a free black man from upstate New York, is abducted and sold into slavery...

Hidden Figures
"As the United States raced against Russia to put a man in space, NASA found untapped talent in a group of African-American female mathematicians that served as the brains behind one of the greatest operations in U.S. history. .."

Last Black Man in San Francisco
"Jimmie Fails dreams of reclaiming the Victorian home his grandfather built in the heart of San Francisco. Joined on his quest by his best friend Mont, Jimmie searches for belonging in a rapidly changing city that seems to have left them behind..."

Moonlight
"...is the tender, heartbreaking story of a young man’s struggle to find himself, told across three defining chapters in his life as he experiences the ecstasy, pain, and beauty of falling in love, while grappling with his own sexuality."

A Raisin in the Sun
"A black family living in a cramped tenement in 1940s Chicago have a chance to improve their lives via an insurance-policy check, but are in disagreement as to how best to spend the windfall."

Selma
"Civil-rights activists march from Selma, Ala., to Montgomery to secure voting rights for black Americans in this docudrama, which focuses on the actions of Martin Luther King Jr." 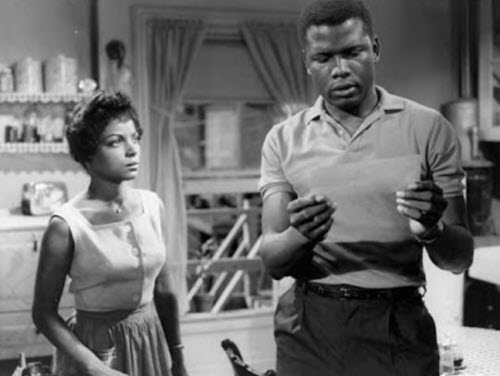 (Ruby Dee and Sidney Poitier in A Raisin in the Sun)