Anatomy of a Murder
"An Army officer on trial claims temporary insanity caused him to kill a man responsible for a brutal attack on his wife."

Badlands
"Fact-based tale of a 15-year-old and her 25-year-old boyfriend who embark on a killing spree in the Dakota badlands of 1958."

Can You Ever Forgive Me?
"The true story of bestselling celebrity biographer (and friend to cats) Lee Israel (Melissa McCarthy), who made her living in the 1970s and '80s profiling the likes of Katherine Hepburn, Tallulah Bankhead, Estee Lauder and journalist Dorothy Kilgallen. When Lee is no longer able to get published because she has fallen out of step with current tastes, she turns her art form to deception, abetted by her loyal friend Jack."

Double Indemnity
"An insurance salesman is seduced by a conniving woman into a scheme to murder her husband and make it look like an accident in order to collect his impressive life insurance policy."

The Godfather
"Best Picture chronicles the epic tale of a 1940's mobster family in New York City, where the father builds an organized-crime empire and his three sons, to varying degrees, follow in his footsteps."

The Godfather, Part II
"This sequel follows Vito Corleone's rise to the top of his Mafia family and his son Michael's fall from grace after taking over for his father. Best Picture winner."

Widows
"When a crew of crooks are killed during a robbery, their widowed spouses pick up where they left off." 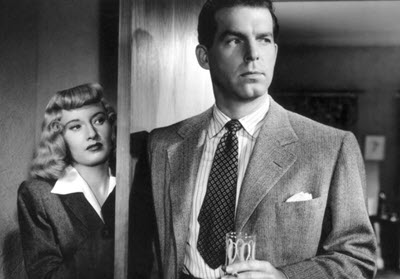