Battleship Potemkin
"Directed by Sergei Eisenstein. A dramatized account of a great Russian naval mutiny and a resulting street demonstration which brought on a police massacre."

Broken Blossoms
"The heartbreaking story of a waterfront waif (Lillian Gish) from the Limehouse district of London who escapes the abuse of her father (Donald Crisp) through a doomed relationship with a Chinese immigrant (Richard Barthelmess)."

City Lights
"Charlie Chaplin's most cherished film is also his ultimate Little Tramp chronicle. The writer-director-star achieved new levels of grace, in both physical comedy and dramatic poignancy, with this silent tale of a lovable vagrant falling for a young blind woman who sells flowers on the street (a magical Virginia Cherrill) and mistakes him for a millionaire."

The General
"One of the most revered comedies of the silent era, this film finds hapless Southern railroad engineer Johnny Gray (Buster Keaton) facing off against Union soldiers during the American Civil War."

The Gold Rush
"Charlie Chaplin's comedic masterwork--which charts a prospector's search for fortune in the Klondike and his discovery of romance (with the beautiful Georgia Hale)--forever cemented the iconic status of Chaplin and his Little Tramp character."

Metropolis
"Perhaps the most famous and influential of all silent films, METROPOLIS had for 75 years been seen only in shortened or truncated versions. Now, restored in Germany with state-of-the-art digital technology, under the supervision of the Murnau Foundation, and with the original 1927 orchestral score by Gottfried Huppertz added, METROPOLIS can be appreciated in its full glory."

Passion of Joan of Arc
"With its stunning camerawork and striking compositions, Carl Th. Dreyer's The Passion of Joan of Arc convinced the world that movies could be art. Renee Falconetti gives one of the greatest performances ever recorded on film, as the young maiden who died for God and France."

Pandora's Box
"The rise and inevitable fall of an amoral but naive young woman whose insouciant eroticism inspires lust and violence in those around her."

Safety Last!
"The comic genius of silent star Harold Lloyd is eternal. Chaplin is the sweet innocent, Keaton the stoic outsider, but Lloyd--the modern guy striving for success--is us. And with its torrent of perfectly executed gags and astonishing stunts, Safety Last! s the perfect introduction to him. 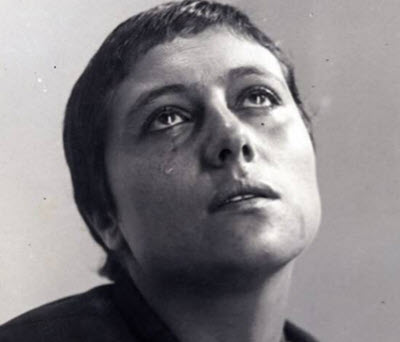 (Renée Jeanne Falconetti in The Passion of Joan of Arc)