M*A*S*H
"The MASH crew offsets the gruesome realities of the Korean War by devastating the compound with outrageous practical jokes. M*A*S*H stands as one of the most original and enduring comedies ever made."

Saving Private Ryan
"A U.S. Army captain leads a mission to rescue a GI trapped behind enemy lines in France on D-Day after all three of the soldier's brothers are killed in action. As the search commences, the close-knit squad sets out through areas still thick with Nazis."

The Thin Red Line
"Set during World War II, the story follows an Army rifle company during several months of one of the fiercest struggles of the twentieth century - the battle of Guadalcanal Island. The Thin Red Line marks a much-anticipated return to the director's chair by Terrence Malick," 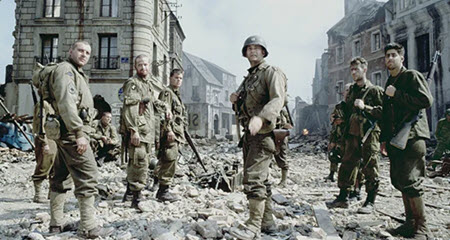