Butch Cassidy and the Sundance Kid
"Redford and Newman are perfectly cast as the outlaw buddies who are running for their lives to Bolivia with Katharine Ross and are not exactly sure who's chasing them. This classic of the changing West won five Academy Awards."

Dances With Wolves
"A suicidal former Union soldier ends up joining a Sioux tribe. He then takes up arms to defend them when the Army attacks."

High Noon
"A retiring town marshal prepares for a solo showdown with a gang of vengeful outlaws whose leader he arrested. As the town clock ticks down, even the marshal's new Quaker bride is nowhere to be found."

My Darling Clementine
"Wyatt Earp and Doc Holiday face the murderous Clanton Gang in the showdown at the O.K. Corral."

The Searchers
"When Comanches kidnap his two nieces, a rootless, bigoted Confederate veteran goes after them, accompanied by a young ranch hand, on a perilous quest that lasts five years."

Stagecoach
"This is where it all started. John Ford's smash hit and enduring masterpiece revolutionized the western, elevating it from B movie to the A-list and establishing the genre as we know it today."

The Unforgiven
"A white Texas family is at the center of controversy because they have an adopted Kiowa child, and there is a great amount of tension in the town between those two races. When the secret goes public, a war begins." 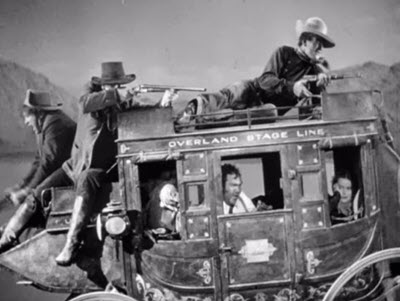