The 39 Steps
"A man in London tries to help a counterespionage agent. But when the agent is killed and he stands accused, he must go on the run to both save himself and also stop a spy ring trying to steal top secret information."

The Lady Vanishes
"While traveling in continental Europe, a rich young playgirl realizes that an elderly lady seems to have disappeared from the train."

Lifeboat
"...is the story of the life and death struggle between survivors of a torpedoed ocean liner and the U-boat survivor they rescue. Based on a story by John Steinbeck, the film's allegorical statement about war caused an uproar when it was released."

North By Northwest
"An ad exec pursues---and is pursued by---foreign spies, from New York to the top of Mount Rushmore in this monumental Hitchcock classic highlighted by the famed crop-duster sequence."

Psycho
"A psychotic motel owner obsesses over his late mother while becoming a suspect in a murder case involving one of his recent guests—a pretty secretary who checked in after impulsively stealing $40,000."

Vertigo
"A retired cop, afflicted with acrophobia, agrees to shadow the wife of an old acquaintance, who fears that she may be.suicidal." 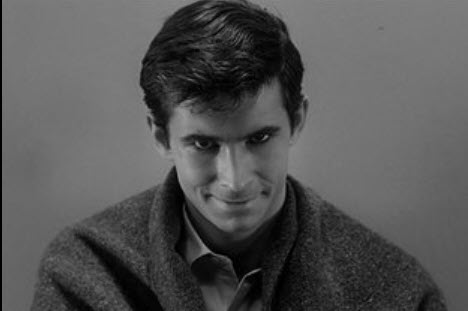