2001: A Space Odyssey
"Astronauts travel to the moon to study a black monolith before another mission to Jupiter goes awry due to a malfunctioning computer system. Later regaining control of his spaceship, the surviving astronaut travels through a dazzling star-gate."

Ad Astra
"Astronaut Roy McBride (Brad Pitt) travels to the outer edges of the solar system to find his missing father and unravel a mystery that threatens the survival of our planet. His journey will uncover secrets that challenge the nature of human existence and our place in the cosmos."

Blade Runner
"A detective pursues four fugitive androids who are plotting to prolong their lifespans in 2019 L.A. Along the way, the detective is aided by an android who's unaware of her true nature."

The Day the Earth Stood Still
"An alien (Klaatu) with his mighty robot (Gort) land their spacecraft on cold war Earth just after the end of World War II. They bring an important message for the planet which Klaatu wishes to tell to representatives of all nations. However, communication turns out to be difficult so, after learning something of the natives, Klaatu decides on an alternative approach."

Independence Day
"Strange phenomena surface around the globe. The skies ignite. Terror races through the world's major cities. As these extraordinary events unfold, it becomes increasingly clear that a force of incredible magnitude has arrived; its mission: total annihilation over the Fourth of July weekend..."

Invaders from Mars
"One night, young David McLean sees a spaceship crash into a nearby sandpit. His father goes to investigate, but comes back changed. Where once he was cheerful and affectionate, he's now sullen and snarlingly rude..."

Invasion of the Body Snatchers
"Extraterrestrial invaders mimic the likeness of humans in an insidious plot to take over Earth."

The Martian
"During a manned mission to Mars, Astronaut Mark Watney is presumed dead after a fierce storm and left behind by his crew. But Watney has survived and finds himself stranded and alone on the hostile planet..." 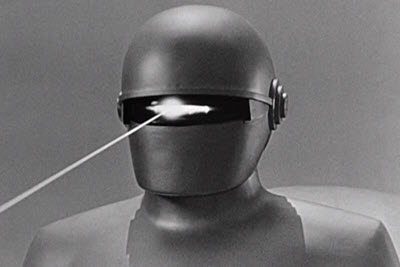 (The Day the Earth Stood Still)